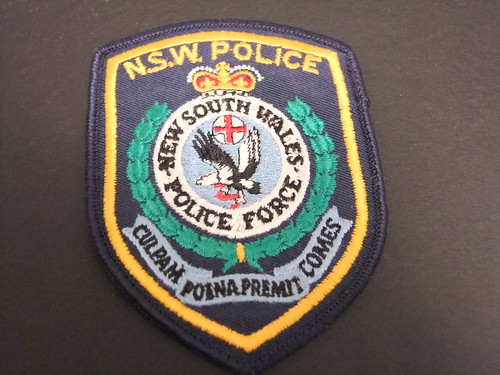 Image of insignia by Neil Crofski-Stocton


Two states have passed legislation regarding "Fixated Individuals".  Both New South Wales and Queensland have recently passed laws under the guise they are protecting people from terrorism with these measures.

I am quite suspicious of this fact. These laws have been used to shut people up who speak out about corruption where government and corporations are concerned.  For example.  The young woman in Queensland Ms Fiona Wilson who blew the whistle on Origin Energy.  More on Queensland laws and Ms Wilson later.

The following is an article written on the Sydney Criminal Lawyers Website regarding the New South Wales version of this same law written by By Zeb Holmes and Ugur Nedim.  The opening paragraph says it all.


A new unit of the NSW Police Force has been created which is ostensibly aimed at combating lone-wolf terrorism by closely monitoring ‘fixated persons’.

NSW Police Commissioner Mick Fuller has told the media that the unit will focus on the intersection between ‘radicalisation’, mental illness and lone-wolf attacks.However, there are concerns the unit will do little more than target, harass and silence those who speak out against the status quo.    Click the following link to read the article in full at the link below

It seems as I said above, this is a smoke screen to fool the general public into believing its about stopping terrorism.  It is clear its not because they target people who speak out about corruption that in some way may link the government to the corrupt acts.

We see this with Fiona Wilson in Brisbane.  Her next court case is on March 9.  Her case is bizarre to the onlooker.  Is this the Australia and the freedom our grandfathers fought and died for?  Somehow I do not think so and when the RSL hierarchy has been found corrupt last year; then you have no chance of bringing morality to the pointless deaths of thousands over the various wars governments create.

It is in the Australian Constitution, we have a implied right to dissent if we think that laws are made unfair.  Why is the Federal Government pushing the States so hard?  Its like they are all hiding something and Barnaby Joyce is just a smoke screen for the lot (Sacrificial Lamb)

IMPLIED RIGHT - implied right are derived from the rulings and constitutional interpretation of the High Court.


Read more here about our Implied Rights and our five Express Rights according to the Australian Constitution.   http://lawgovpol.com/express-rights-constitution/

While you are there, you might be wondering about how people stand with the law when it comes to protesting any of this legislation.


Notwithstanding the occasional recognition of protest as an object for legal protection, many of the cases illustrate the difficulty of balancing this with other interests at stake, notably public amenity, health or safety. The lofty rhetoric of speech protection rarely translates to legal success for protestors in a constitutional context. Conceptually, protest straddles categories ranging from speech to association and assembly, but it also struggles to achieve constitutional protection when operating as a ‘strategy of rupture’.

Thirdly, protest is protected in various statutes regulating police powers, public order and local government. An example of such protection is found in section 200 of the Law Enforcement (Powers and Responsibilities) Act 2002 in NSW. The accompanying section 199 creates an offence for failure to comply with a direction. Section 200 provides that a police officer is not authorised to give such a direction in relation to ‘an apparently genuine demonstration or protest’.
The difficulty with these kinds of laws is that they are often subject to the discretion of relevant authorities. You might end up being able to establish your ‘right’ to protest in any given context, but this could involve significant legal risk, the possibility of arrest and conviction or civil penalty.
Protest can make history, it can speak truth to power, it can change the legal system itself, but it is indirectly and rather poorly protected. Protest, like democracy, is often messy, disruptive, inconvenient and even annoying, but as with free speech more broadly, it deserves more formal recognition and legal protection in Australia.   Read the article in full at this link below.

Now, finally back to Fiona Wilson.  This Go Fund Me post came in my feed this morning and so it didn't take long to link the two states together with these similar laws.

Former Origin Energy executive and whistleblower Fiona Wilson has been detained by the new Queensland Fixated Threat Assessment Centre (QFTAC) and injected against her will and without any charges laid against her.
Fiona is appealing this and the next hearing is on March 9 in Brisbane. Fiona needs a barrister to represent her in court as the case is now very complex.
It is the opinion of an independent Clinical and Consulting Psychologist, and a qualified Counsellor, that Fiona was/is suffering from Post Traumatic Stress Disorder (PTSD) following the ordeal of blowing the whistle on the coal seam gas industry - and is NOT delusional, as the QFTAC have claimed.
The QFTAC are interpreting very broad definitions in Fiona's case. Fiona was merely trying to contact the relevant Queensland Minister about the evidence that she was exposing. Instead of acting on Fiona's evidence, the Minister referred her to QFTAC.

Details of the QFTAC and Fiona's case are on Twitter here:
https://twitter.com/1earthmedia/status/956336176016732160?lang=enProactive intelligence agencies undoubtedly have their place, particularly in an ever-more-sophisticated world of anti-government activity. But so, of course, do concepts of open government, transparent and accountable law enforcement, and the right to dissent.
Unfortunately, the online QFTAC brochure is long on why ‘fixated persons’ must be monitored, but regrettably short on whether, and if so how, its own activities are. With no mention of any kind of public interest monitor, we’re left to wonder just precisely who is fixating on the people fixating on the fixated people.
Chris Nyst, Gold Coast Lawyer.
https://www.nystlegal.com.au/2017/05/26/fixated-folk/Fiona has since moved hundreds of kilometres away from Brisbane to begin a new life with her partner, but is still trapped in this new system. Fiona has exhausted her bank account fighting this to date but now needs a barrister to appeal the QFTAC's harsh new laws. 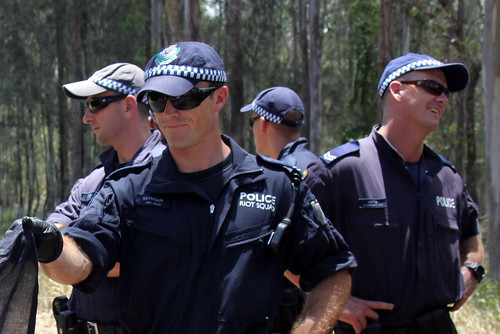 Great post!!Thanks for sharing it with us....really needed. Engaging an experienced criminal lawyer can make or break your case and here at George Sten & Co, we have over 50 years experience in criminal law. We have a deep knowledge and understanding of the law and the court system and can use this to your advantage...Sydney Criminal Lawyers

The best thing that people can do, is to do themselves and Australia a favour by learning their rights from The Commonwealth Constitution. Do not listen to the last post from Andrew Mary. the Lawyer. All Lawyers swear a oath to the Court System which is Corrupt and as soon as your take on a Lawyer to Represent you, you waiver your right to Speak for yourself. Learn the Constitution because it is powerful and where the people of Australia's Rights are.

I agree Helena. Knowledge is power and our Commonwealth Constitution (not the Australian constitution) is where our power lies. Wake up Australia!!

How can I subscribe to this blog?
Regards, Keith.

"New" Age Bullshit And The Suppression Of The Sacred Masculine

On the Hill by Mary-Ellen Peters is licensed under a Creative Commons Attribution-NonCommercial-NoDerivs 3.0 Unported License.

On the Hill by Mary-Ellen Peters is licensed under a Creative Commons Attribution-NonCommercial-NoDerivs 3.0 Unported License.

Governments of the world should be openly ashamed of the scar they are leaving on the people of the world.

Culture and people are no longer the flavour of the month and the rights of Australia's extensive First Nation's peoples have been subject to ongoing genocidal practices with the closure of communities and the mining of sacred sites .

Nature and cosmic imagery speak volumes to me though through these lonely days and nights.

Nature shows us how to do everything. We need to slow down and look at those patterns for life.

Earth is my Garden and I grew from it. From up On the hill, I can see why this is happening, I can call out "Stop", they're not listening and they don't want to stop".

They won't stop! All I can do is to register how I feel!

Other Blogs I Scribe...